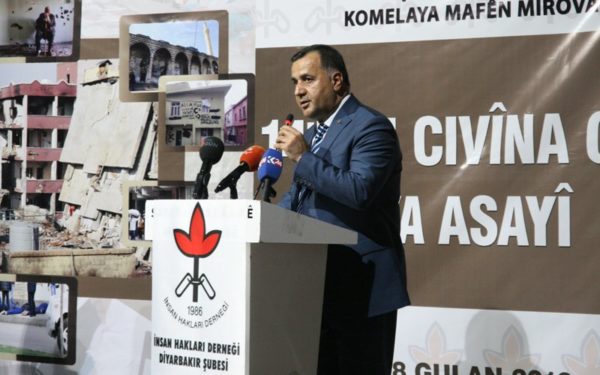 Chairperson of Human Rights Association (İHD) Diyarbakır Branch and Vice-Chairperson of İHD Headquarters M.Raci Bilici has been arrested this morning (March 15, 2017) and still in custody at Diyarbakır Anti-Terror Branch. By this operation, along with Raci Bilici, 11 old and new representatives of the NGOs in Diyarbakır have been arrested. According to the information obtained by the lawyers, alleged charges are still not learned since morning due to the confidentiality order on the investigation file.

Human Rights Association is an internationally recognised human rights organisation and has played a vital role in the promotion of human rights and democracy in Turkey, since 1986.

In this regard, we emphasize that M. Raci Bilici carries out all his activities duly in scope of human rights values for many years. The operation against and detention of Raci Bilici is unacceptable under no circumstances..

As Human Rights Association and Human Rights Foundation of Turkey, we are calling upon the international community to take urgent action for the release of Raci Bilici and the other NGO representatives.