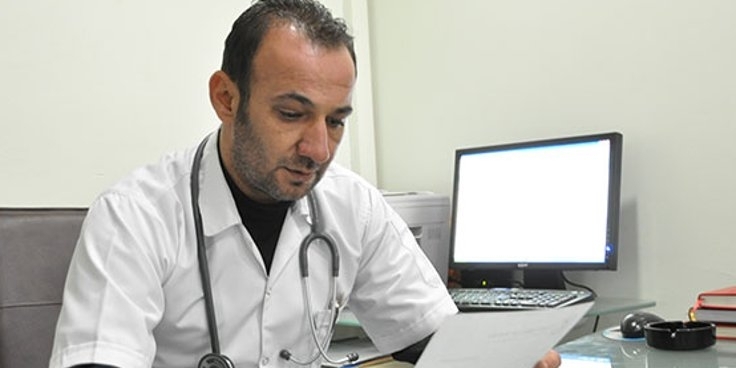 Dr. Serdar Küni, a medical doctor working in the Cizre office of Human Rights Foundation Turkey, was convicted of section 220/7 of the Turkish Penal Code, “aiding and abetting terrorist organizations”, on 24 April 2017 during the second hearing of his trial.

The court sentenced Dr. Kuni to four years, two months imprisonment, but released him from prison pending his appeal. No written judgment to explain the ruling is yet available.

The charges were based on allegations that Dr. Kuni provided medical treatment in a secret location to individuals who were said to belong to a terrorist organization during the clashes in Cizre between 2015 and 2016. His arrest, detention and prosecution is part of a wave of arrests, dismissals and other legal actions taken against human rights defenders, medical professionals, lawyers, journalists, and academics since July 2015 in the southeast, and throughout Turkey after the failed military coup in July 2016.

We, members of the international delegation observing the court on 24 April monitored this trial because of concerns about the targeting of members of the medical profession for carrying out their professional responsibilities. Our role, as presented to the Court in advance, was to observe the extent to which international fair trial standards enshrined in international law and binding on Turkey, were applied.

Our conclusions are that the trial proceedings ignored the most basic of international fair trial standards, and failed to take into account the arbitrary nature of the charges against Dr. Küni. Our principal concerns about the trial process are summarised below.

Dr. Küni was on trial as a single doctor, but the manner in which the legal proceedings were conducted have potentially wide-ranging impacts. Through this case, the prosecution has sought to criminalise the basic duties and ethics of the profession, which is in and of itself an act of intimidation and harassment. We are concerned about the precedent this case will set across the medical profession. Our conclusions about fundamental fair trial violations also call into question the impartiality and independence of the judges in this case.