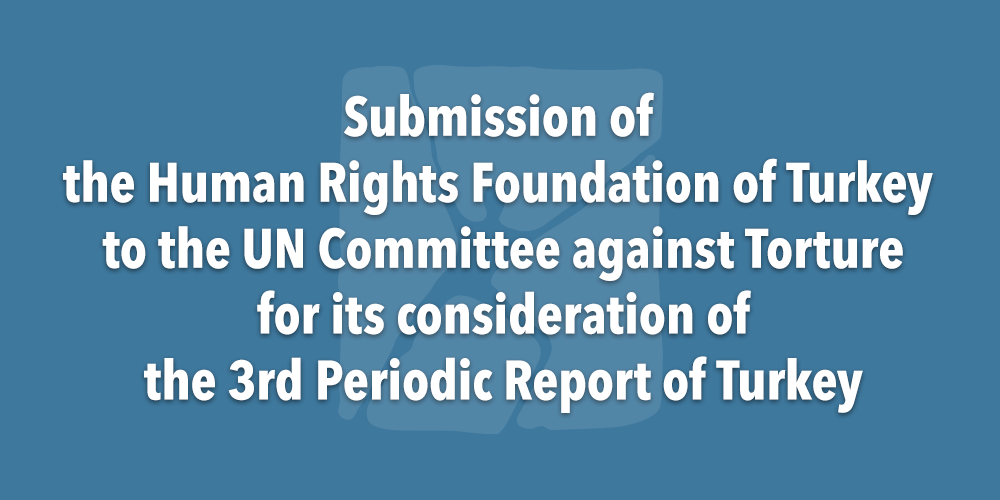 Turkey has submitted its 3rd periodic report to the UN Committee against Torture (CAT) on 30 June 2009 which is almost four years after the deadline of 31 August 2005. For a country that “is committed to preventing and eradicating torture”, that boasts of the “success of [its] ‘zero tolerance [for torture] policy” and its “progress [which] is now being cited as an example” the excuse that “the reporting burden Turkey has faced […] delayed the submission of its third periodic report to CAT” seems rather weak. In fact, Turkey’s report shows that its commitment exists on paper, in laws and regulations, but seriously lacks commitment where the actual day to day practice of law enforcement agencies and courtrooms is concerned.

You can click here to download the Submission of the Human Rights Foundation of Turkey to the UN Committee against Torture for its consideration of the 3rd Periodic Report of Turkey.